Look up! A sustainable Swedish energy system is possible

Full version in English below;

On Sunday there is an election in Sweden. Electricity prices, nuclear power and wind power are widely debated. The problem is that the bigpicture is missed. This is the opinion of researchers at Blekinge University of Technology who have carried out a strategic sustainability analysis of the energy system.

Today’s energy debate is characterized by concern about high electricity prices and in the background is the larger long-term climate crisis that more and more people realize that we have to deal with. Nuclear power and renewables are often pitted against each other. However, a climate of debate with a lack of source criticism and systematics has created unnecessary confusion and anxiety among the public.

We therefore now want to broaden the energy debate so that not only climate effects and societal costs are affected, but also other environmental and social consequences over time.

First, we ask ourselves where we are in relation to the desirable sustainable future. A number of major challenges must be solved in order for us to get ecologically, socially and economically sustainable energy systems. This includes:

All this means that it is very urgent to get started with a broad sustainability transition. At present, however, our dependence on fossil energy, ongoing wars and sky-high electricity prices contribute to all the sustainability challenges.

What future scenarios do we see then? We will need more electricity in the future to be able to electrify the transport sector and supply industry with emission-free electricity and hydrogen, not the least for continued Swedish steel production and to store energy. We have therefore made a scenario comparison between the two most often debated ways to solve this – new nuclear power and more efficiency and renewables. First of all – regardless of which scenario we choose to add more electricity production capacity – we must start by increasing efficiency as much as possible. This is usually the cheapest. Swedish researchers have also recently concluded that we have up to 40% efficiency potential in our buildings. Our starting point is the last few years’ electricity production level of approx. 160 TWh, of which approx. 130 TWh has been used within the country and 30 TWh has been exported.

In the nuclear power scenario, we start from a commonly occurring forecast of at least a doubling of electricity demand within approx. 15 years. We also assume that this need is met with 130 TWh of new nuclear power distributed over 10 reactors.

The sustainability effects of the nuclear power scenario can be summarized as:

The nuclear power scenario thus has several serious sustainability risks, is expensive and takes too long to get in place to have time to help with climate change.

In the efficiency and renewables scenario, we also assume that electricity demand will increase. However, we assume that a major focus on efficiency can limit this increase to 85 TWh within 15 years. We also assume that this is primarily met with renewable solar, wind and wave power combined with energy storage and flexibility services.

The sustainability effects of the renewable scenario can be summarized as:

In summary, the efficiency and renewables scenario thus provides much more limited and manageable sustainability risks, is significantly cheaper and can be implemented quickly enough to be relevant to the climate challenge.

So what do we need to do now? The potential in efficiency, renewables and flexibility services is apparently enormous and a powerful collective effort is now required to translate this into a rapid Swedish energy transition with associated export opportunities. Our call to the next government is therefore to:

In summary, we see that we have all the technology we need and that the accelerating sustainability challenges mean that it will never be cheaper than today to start pushing for the transition. Every penny that may now be spent on new nuclear power must at the same time be taken from the expansion of cheaper, faster and more sustainable power. Let us now heed the warning that the electricity price shock has given us and invest ourselves out of fossil dependence once and for all. 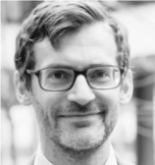